The engine chosen for the DH-9 was the new 200 hp Siddeley Puma (or the near identical 200 BHP), ordered straight off the drawing board. The engine was not a successful design, but nevertheless that was all there was, and both the DH-9 and the Puma were ordered in large numbers. In fact, the earlier designed DH-4 was not planned to be a bomber, but only after it was in service was it found to be useful in this role. The DH-9 can therefore claim to be one of the first true strategic purpose-built bombers manufactured in Britain, with bomb bays within the fuselage structure.

Despite the aircraft's shortcomings, it became one of the most produced aircraft of the 1st World War with over 2,000 examples being manufactured.

The DH-9 was utilised in a great number of bombing raids over Germany and over the Western Front; it also saw service in an anti-submarine role, in the Middle East and Indian sub-continent. Due to the large numbers available after the war, the type continued on in numerous guises, both in military roles in every corner of the Empire and also in the conversion to airliners and long distant courier aircraft.

Although produced in huge numbers and despite a long career after the war, surprisingly few still exist. There is one in the Musee de L'Air in Paris, and one in the Saxonwold museum in South Africa. There is also a civilianised version in Australia; however, there were none in the British National Collection. Rumours of two or three secreted away in India abounded for years and their discovery and recovery to the UK by Aero Vintage took many years of negotiation and organisation. Aero Vintage Ltd director, Guy Black, was determined to ensure that one at least was preserved in the UK in a national museum, and the other restored to fly.

E-8894, now registered G-CDLI which has the most degraded woodwork, has been restored to fly with an original engine. The other DH9 recovered, D-5649, has been restored to non-flying status with a high standard of conservation and original content, for the Imperial War and is displayed in the new Airspace hanger. E-8894 was one of a batch of 200 DH-9 aircraft ordered on the 23rd March 1918 under contract no. 351/418/C.296 (BR.394) from the Aircraft Manufacturing Co. Ltd., of Hendon. As far as is known, it probably saw no military action before being placed in storage at RAF Kenley and sent to India under the Imperial Gift Scheme.

Now that it has been restored to fly, this genuine 1st World War aircraft will not only be the only 1st World War bomber flying, but also the only Imperial Gift aircraft flying anywhere in the world. Completion of the flying DH9 is anticipated in late 2018. Both aircraft were restored in the Retrotec workshops in East Sussex. 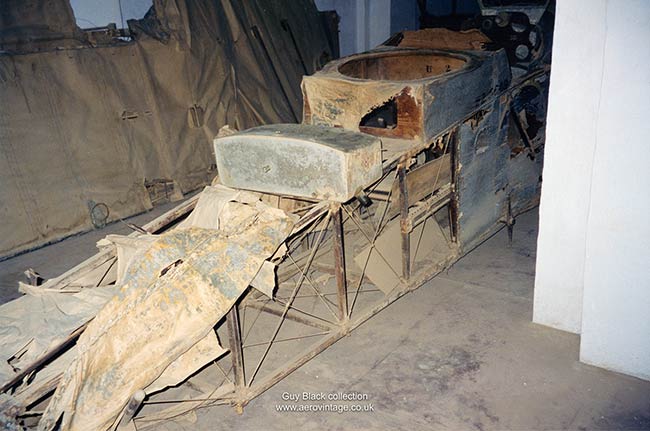