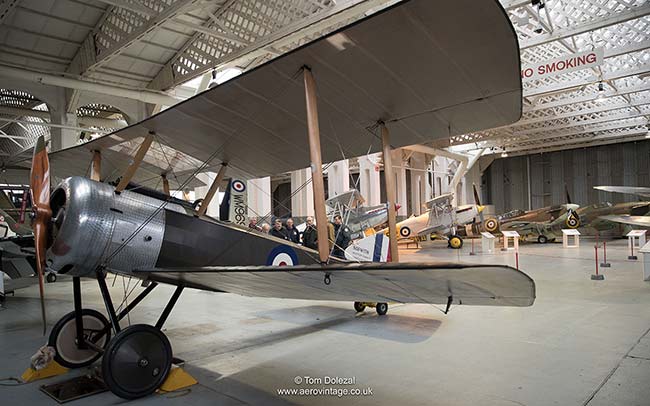 On 1 February 1917 N-6161 was allocated to No 9 Squadron that was formed on that day. The weather was crystal clear, but exceptionally cold....23 degrees of frost.... 'Everything was frozen solid, including soda water syphons and the paraffin in the stoves. Two inches of snow on the ground.'

That morning N6161, flown by George Elliott newly arrived in France and on his first mission, was one of two Pups escorting two Sopwith 1 1/2 Strutters on a photo-reconnaissance flight over Bruges. At 12,500 ft they were intercepted by two Rumpler float aeroplanes, flown by Karl Meyer and Niemeyer. Meyer, who was from Alsace and a very experienced pilot with 4 combat successes, managed to force Elliott down to land on the beach at Bredene. N-6161 was captured intact and Elliott survived the war as a PoW. It is said that Meyer wrote to Elliott in the PoW camps.

N6161 was then flown to Nieumunster, where it was photographed in its British markings, and then repaired and test flown, most likely by Meyer, in German markings. It seems to have suffered a taxiing or landing accident, and was photographed on its nose some while later. Some of the original metal parts including the brass data plates of the aircraft, were 'souvenired' by Meyer and, together with other personal effects, were passed down to his family following his death whilst testing a prototype Aviatik on 31 December 1917, to end up in a small private museum the family of Meyer set up in his memory in the Alsace.

The parts from N-6161 were subsequently acquired by Aero Vintage, to join a large number of other rare original Sopwith parts that had been collected over many years. All these parts were incorporated, in as near perfect - even down to the original specification nuts and bolts - re-construction of N6161 back to flight, by Retrotec Ltd.

The reconstructed aircraft was flown again for the first time on the 17th October 2016 almost exactly 100 years after it was first built. It was initially flown in the correct British markings and later may be overpainted with the German markings. A latter discovery was the original rudder of N-6161, that ended out in a private museum in northern France, from where it was sold to an American collector before being spotted by Guy Black on eBay, being then acquired from the American collector, but unfortunately too late to be incorporated in the rebuild. 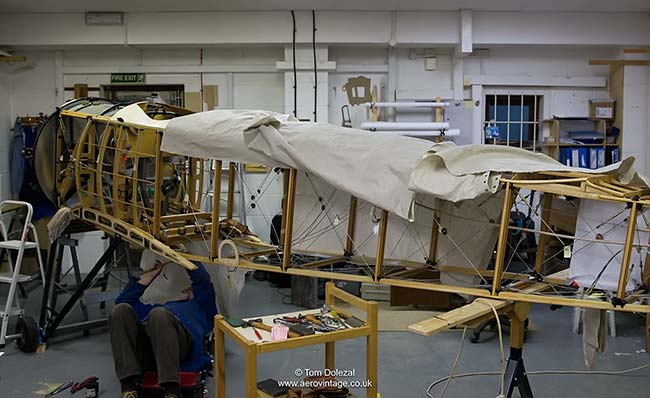