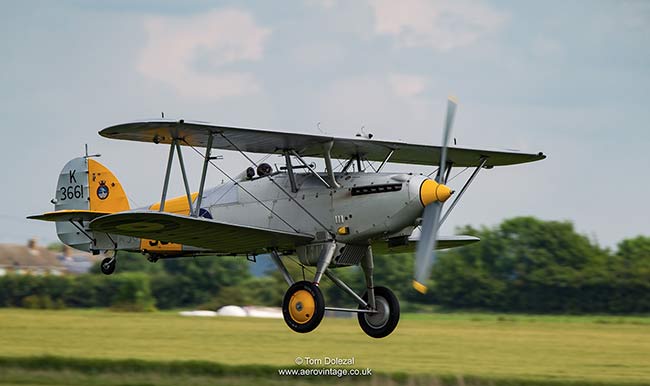 On the 23rd October 1936 it was issued to 802 Flight in the Mediterranean with the side code number 562. It was C Flight Commander's aircraft and therefore had its tail fin painted yellow as were the spinner wheels and fuselage band. It served from 1936 to June 1938 during which it suffered two landing accidents. Placed on Admiralty charge with the Fleet Air Arm on 23rd May 1939, its last recorded placement was to Lee on Solent in December 1939. During its time in the Mediterranean it is known to have been flown on 23 August 1937 by (the late) Geoff Eveleigh who recalled it well (he also flew Nimrod S 1581 now flying with the Fighter Collection after being restored by Aero Vintage)!

A number of photographs exist of the aeroplane in the Fleet Air Museum’s archives at Yeovilton, including two of its landing accidents. There is also a later photograph, which was taken at RAF Lympne in Kent showing the official 802 Squadron badge on the tail. It is now believed that the aircraft was used as an instructional airframe when RAF Lympne was utilised briefly as a Fleet Air Arm or R.A.F. carrier base training unit.

In 1972 the Nimrod II was discovered on a rubbish dump in Ashford, Kent, more or less complete but well corroded. The dump was opposite the Ashford Air Training Corps unit, and it is now known that a Hawker Nimrod was with this ATC unit as an instructional airframe. The aircraft was recovered and donated to the RAF Museum and stored at RAF Henlow. After Henlow's closure the fuselage was sold off to Mike Cookman. Aero Vintage acquired the fuselage from him in August 1991, and later that year the wings from this aircraft and those of the Nimrod I S1581 were also acquired from the RAF Museum.

Investigating the aeroplane's past, (the late) Mike Llewellyn, the then proprietor of the Battle of Britain Museum at RAF Hawkinge, contacted Aero Vintage with the news that he had a display case full of parts from the Nimrod. These included the control column, instrument panel, map box, ammunition chutes, and many other items, including the original cockpit data plates, confirming the serial number as K3661. An exchange was negotiated and the final pieces of the puzzle were in place.

Restoration commenced in 1992, helped by the fortuitous discovery of a large number of Nimrod drawings in Denmark. A Kestrel V engine was located and was rebuilt by Aero Vintage.

The restoration was completed in November 2006 and the first post restoration flight was successfully undertaken on the 16 November 2006. The aircraft is now regularly displayed in air displays, from its base at the Imperial War Museum, Duxford, in Hangar 3 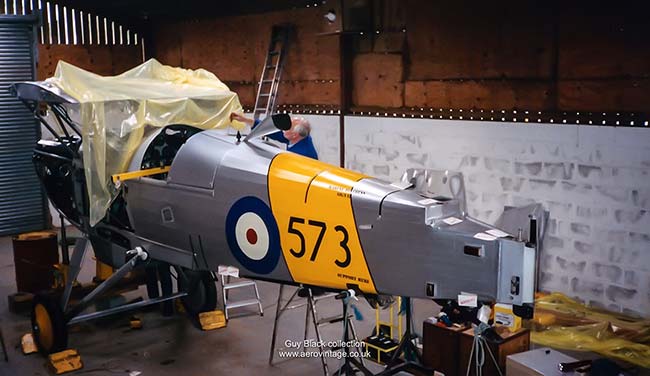